The word ‘family’ is not only integral to the title of the Holdun Family Office, it encompasses an ethos ­— and a literal lineage

Sir Herbert created an empire that spanned three continents through challenging times — including the Great Depression. The company flourished and grew beyond Canada’s borders, and it now has offices in the Cayman Islands and the Bahamas — where Brendan is based.

He gets better weather than his father, Stuart, who is now the chairman of the company and is based in Montreal. Can BV readers correctly imagine Brendan wearing faded shorts and soaking up the sun during this interview?

Brendan, 38, holds a Bachelor of Administrative and Commercial Studies from King’s University College, Canada, and is the fifth generation of the family to run the business.
Brendan controls the Family Office’s international operation while Stuart controls Canadian operations.

With four generations of Holdun Family Office executives behind him, Brendan understands as well as anyone the importance of the middle word in that illustrious company title — family is “100 percent” part of the Holdun philosophy, he says.

“Family is very important to us – we’re a family business. We try to treat all our clients as family, we try to do what’s best for them.”

Patience is a virtue that’s hammered home to all Holdun clients; the operation is anything but a get-rich-quick scheme. Holdun helps clients manage generational wealth, and Brendan stresses that inaction in times of uncertainty – not making any rash moves – can be more of a key to long-term success than taking decisive action at an inopportune moment.

“It’s a volatile market (in 2017), but if you spread your investments out over time, that volatility diminishes,” says Brendan.

“Things (for a particular investment) may look bad now, but look at historical trends. It’s the power of compounding. Most banks operate on the short-term. It’s very active trading.

“The longer the time-horizon, the bigger the potential profits. We are conservative stewards (of family wealth) to make it perform over a long period of time.”

But, he adds, “we keep cash available and we can deploy that if something is undervalued”.
Brendan admires and espouses billionaire philanthropist Warren Buffett’s philosophy of “Let my money work for me”.

It’s hard to fault when it has proved so effective for Holdun — the company has consistently outperformed the market on behalf of its clients over the past quarter-century.
Honesty and transparency are vitally important to Brendan, and to the company as a whole.

“It’s something we preach, but it’s also ingrained in the family,” he says. “I was raised honest and transparent.

How to write a job post in 2020: it’s a boom time for recruiters

Today is World Mental Health Day, and here’s what to watch out for in your own workplace 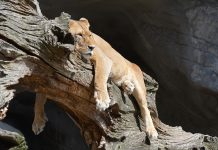 Having a cruisy day at work? You’re part of the problem, but it may not be your fault 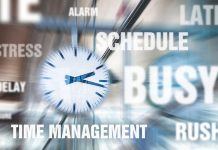 Hey-ho, ho-hum, or holy hell? UK workers smitten by stress, but charitable help is at hand 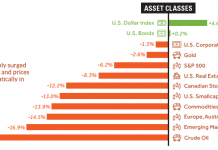 The Year That Wasn’t (but really, really wanted to be)

Job-swap hope for thousands of airline workers hit by crisis —...