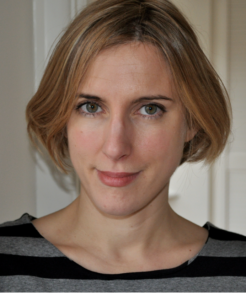 The variously self-obsessed, self-conscious, risk-taking, rebellious, moody, and unpredictable behaviour of teenagers has been a source of bemusement, incomprehension, and downright despair for grown-ups ever since the term teenager was invented decades ago – and probably since the dawn of the human era. In the last dozen years, research on the development of the teenage brain has begun to reveal startling physiological explanations for this bewildering state of affairs.

Until fairly recently it was widely believed that early childhood was the crucial period for brain development. The Jesuit claim “Give me the child for his first seven years, and I’ll give you the man” certainly supported this view. However, it is becoming clear that during adolescence rapid and dramatic changes are taking place in the brain. This explains some of the typical teenage capriciousness.

Professor Sarah-Jayne Blakemore has enthusiastically pioneered this exciting new field of neuroscience. Her interest was aroused during a postdoctoral psychology study into schizophrenia, a developmental disorder that tends to develop in young people as they reach their early 20s. Prof Blakemore mulled the idea that something in normal brain development goes awry in people who develop schizophrenia.

However, consulting existing literature she realised that very little was known about the development of the human brain during adolescence. This led her to change tack and focus on filling the gap. It proved a fruitful and fascinating area of research and Prof Blakemore has now become an expert on the teenage brain, providing valuable insights and information to policy makers, pedagogues, and parents alike.

Prof Blakemore’s research includes looking at typical teenage behaviour such as risk-taking and peer influence while trying to gain insight into the underlying biology. She does so by both talking with adolescents and studying images of their brains made with MRI scanners.

Using scanning techniques to monitor the changes occurring in the developing brain may potentially contribute towards a better understanding of psychiatric disorders. This still is a very new field and Prof Blakemore is in the vanguard.

Interesting outcomes of her observations include the discovery that teenagers’ brains release the sleep hormone melatonin several hours later in the day than the adult brain does. This should dispel the myth that teenagers are slothful: they merely inhabit a different time zone. It also explains why adolescents typically like to stay up late and dislike getting up in the morning. These new insights suggest that perhaps starting school a bit later in the day could possibly improve students’ ability to learn.

The brain includes regions that determine muscle control, sensory perception, memory, emotions, speech, decision making, and self-control. Recent research shows that the teenage brain is subjected to a surprising amount of change. The intensity of the alterations actually peaks in early adolescence and then decreases as connections between the cells that are not used wither while the remaining connections – those carrying much neurological traffic – grow stronger.

The study of brain development is a multi-disciplinary one. Cognitive neuroscientists, geneticists, physicists, and psychiatrists all play their role in developing a better understanding. Brain imaging techniques have transformed the field by providing evidence of previously unknown dramatic development phases and physiological alterations that underlie the behavioural changes that commence at puberty and continue throughout adolescence.

Prof Blakemore describes herself as having been a typical teenager; a bit naughty and not very academic. She says it was not until A Levels that she became interested in acquiring knowledge. Talking on The Life Scientific she said: “As a teenager I would have found it enormously helpful to know that my brain was undergoing a lot of development and that things would settle down: that all the typical teenage behaviours were part and parcel of growing up and that it would not last for ever.”